This post may contain affiliate links, which means Lupus Lyfe may make a small comission off of products or services listed.

It is important to understand the differences between these two illnesses due to variation in treatments and prevention of inflammatory damages that could be caused from lupus.

According to the American College of Rheumatology, fibromyalgia is a common neurologic health problem that causes widespread pain and tenderness.  Fibromyalgia is not an autoimmune disease or one that arises from an inflammatory process like lupus.

Fibromyalgia is believed to cause chronic and widespread musculoskeletal pain throughout the body because of issues within the pain processing systems of the brain.  There is currently no cure for fibromyalgia.  While fibromyalgia is a painful and lifelong illness, it is not deadly.

People with fibromyalgia commonly present with some or many of the following symptoms:

Lupus is a chronic autoimmune disease that causes the immune system to attack healthy cells and tissue and it can cause damage to many parts of the body.  This systemic inflammation can cause minor to severe damage to a person’s vital organs.

Lupus often affects the skin and joints in many patients and can progress to damaging kidneys, tissues in the heart and lungs, and even the brain.  Damage to vital organs can lead to death in some lupus patients.

Many people with lupus present with some or many of the following symptoms:

Similarities in Lupus and Fibromyalgia:

Fibromyalgia and lupus have both been proven to be more prevalent among women.  The American Chronic Pain Association states that approximately 90% of people suffering from fibromyalgia are women.  The same can be shown for those affected by lupus.  The Lupus Foundation of America provides data showing that 9 out of 10 patients diagnosed with lupus are women.

This has led to an average 6 year wait for an official lupus diagnosis and according to the American Chronic Pain Association, it can take around 5 years for a proper fibromyalgia diagnosis.

Both of these illnesses can cause significant pain in patients. Both fibromyalgia and lupus can present in flares.  This means they can flare up and then patients can experience moments of remission where the diseases are not active.

While they share overwhelming similarities in patient demographics and long term waits for diagnosis, there are many clinical aspects of similarities among symptoms between the two as well.  In fact, the similarities in symptoms can often cause patients to be misdiagnosed or under-diagnosed.

There are symptoms that are common among those with both lupus and fibromyalgia, these include:

The Dangers of Misdiagnosing Lupus as Fibromyalgia

Due to the possibility of inflammatory damage to organs and tissues, it is vital for lupus patients to receive a correct diagnosis quickly.  Unfortunately, this is not the case for most patients who are diagnosed with lupus.

In fact, Lupus UK conducted a survey and discovered that many patients spent over 7 years waiting for a correct lupus diagnosis.  Many people may find themselves being diagnosed with only fibromyalgia during this time.

This is incredibly frustrating and dangerous for lupus patients because the treatment of lupus and the treatment for fibromyalgia varies greatly.  When one thinks about the timeframe of 7 years for a correct diagnosis, it is important to remember that the patient was essentially untreated for those years and was subject to potentially dangerous consequences from uncontrolled organ and tissue damage.

This is precisely why it is extremely dangerous for lupus patients to be misdiagnosed or underdiagnosed.  This poses an issue for many doctors as well.  Paying attention to symptoms, ruling out other diseases, along with constant monitoring of blood work for their rheumatic patients should be of utmost importance.

Lupus is diagnosed through a set of 11 criteria that was established by The American College of Rheumatology. Unfortunately, there is not one single test that can diagnose lupus and that makes a correct diagnosis challenging for doctors.

The ACR requires at least 4 of the 11 criteria to be present in a patient before a lupus diagnosis can be made.  The ACR criteria has proven to be around 90% effective and new criteria are currently being updated.

The current ACR criteria include:

Widespread pain is one of the most common symptoms of fibromyalgia and the presentation of this pain can help doctors look into mimic diseases and rule those out.  One of the criteria for receiving a proper diagnosis for fibromyalgia is that the rheumatologist should be able to rule out any diseases that may explain the patient’s widespread pain and other symptoms they may be having.

Many patients have received an early diagnosis of fibromyalgia, only later to have that diagnosis changed to a lupus diagnosis.  If doctors follow the ACR guidelines, it would appear that a mimic illness like lupus should be completely ruled out PRIOR to the patient receiving a fibromyalgia diagnosis.  Unfortunately, this has not been the case for many people.

The ACR has established the criteria below as a basis for a fibromyalgia diagnosis:

Being diagnosed with both lupus and fibromyalgia

Studies conducted estimate that around 25% of lupus patients also have a diagnosis of fibromyalgia.  It is very possible to be diagnosed with both lupus and fibromyalgia.  Having both of these illnesses can make it difficult for patients to understand whether its lupus or fibromyalgia flaring.

Having a good rheumatologist can help patients understand the differences in symptoms the two and lab work can help doctors distinguish which illness may be causing particular symptoms.  Having both fibromyalgia and lupus can be very difficult.  The physical pain and domino flare effect can make life unpredictable for patients with both fibro and lupus.

While those are the only treatments that have been approved specifically for lupus, there are a few other treatments that are available to help manage lupus symptoms in some patients.

The treatment for fibromyalgia differs greatly from the medications used for treating lupus.  The first drug ever approved to treat fibromyalgia was Lyrica.  Another anti-seizure medication, Gabapentin (Neurontin) may also be helpful in patients managing their fibromyalgia pain.  Other medications may be used in people with fibromyalgia, depending on their specific needs.

These treatments for fibromyalgia can include: 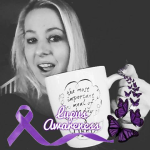 Welcome to my Lupus Lyfe!

Lupus Lyfe is a personal blog and informational website about living with lupus. We do not provide medical advice, diagnosis or treatment and the content on this website is not intended to be used as such. Please always seek the advice of your physician or other qualified health provider with any questions you may have regarding your health and symptoms.